What is a weekend? 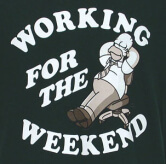 It seems that UK weekends are becoming ever more eroded by business conversations, and the line between home and work is blurring faster than perhaps we care to admit.  Of course, technology has played its part in this shift, but so has the way that people are choosing to work these days.  As an independent practitioner, I now work around the world and am starting to experience different cultures and business practices. This of course means time zone changes. For me from the UK it is starting to become a regular thing for me to have a business meeting with someone who is at least 4 – 6 hours ahead of me – so early morning meetings are around 5am GMT!!!!

The other change that I’m finding is that many countries in the Middle East operate on a different working week to the UK. In Kuwait and Dubai, Sunday is their Monday morning. In Saudi Arabia, I discovered that Saturday is their Monday and their weekend is Thursday and Friday.  Working across time zones and cultures, is one thing, however, I have also noticed a shift in UK working practices too. Maybe heavily influenced by an American marketing approach, newsletters from people here in the UK that I have subscribed to are being sent to my inbox on Friday night or early Saturday morning. The last two that I read claimed that they did this because:

1. They were too busy during the week and good intentions to get it done on a Friday night were thwarted because they were enjoying themselves in a social setting with friends

2. They were trying out a new format and instead of a mid-week newsletter, they were sending it on a Saturday to be more assured of it being read in an inbox

Hey, wait a minute…..is this in MY best interest, or theirs?

Do I really want to be bombarded with business newsletters at the weekend? Is this trend going to catch on? Will it start a backlash and will more and more people (like me) cancel subscriptions because the trend isn’t welcome?  Here in the UK working weekends were instigated by the UK Sunday Trading Act 1994 and I remember at that time being wary of it. So much so, that my husband and I made a conscious decision for him to get out of retail where businesses were already insisting managers did their fair share of Sunday working.

I was also intrigued to read about the Brazilians. Apparently they are overworked and a new law has been introduced in a bid to push back the intrusions of the digital age on Brazilians’ personal lives. With my HR ‘hat’ on, I’m going to watch this with interest to see how it unfolds.  Will this idea travel over here to the UK too?

So, I am publishing this post on a Sunday, in keeping with the trend that is growing but with a certain degree of skepticism as to whether I think it is a good thing, or not.

Until next time ~ happy learning! 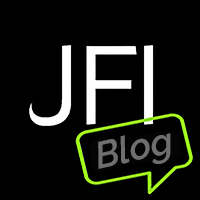